What Does a Freezer/Refrigerator Do To a Battery? 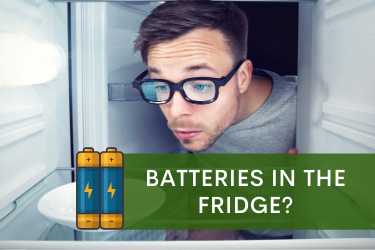 Is there truth in the theory that keeping a battery cold extends its lifespan?

Have you ever stuck a disposable battery in the freezer or refrigerator because someone told you it would last longer? Was there any proof that the theory was true? Do you feel like you got more use out of the battery because it stayed cold while you were storing it?

As crazy as chilling batteries sounds, it’s something that most people have done at least once throughout their lifetime. Although they may not have known the exact science behind it, they were led to believe that they could preserve the longevity of the battery by doing so. There’s no harm in trying something that everyone else considers to be true, right?

So, what’s the deal about disposable batteries? Are you supposed to keep them in the freezer or fridge to keep them from expiring? Has anyone tried to see how much longer a cold battery lasts compared to one stored in a room-temperature environment?

By the time you’re done reading this blog, you’ll know the truth about extending the lifespan of the batteries you own with or without a freezer or refrigerator. You’ll have a better understanding of the different components that create an electrical charge, too. Having this knowledge will help you determine if you want to keep your batteries cold or not.

You probably already know that extreme heat makes batteries lose some of their power. That’s why it’s imperative to store the double-A bulk batteries in a location where they remain cool and dry. As much as it is essential to keep batteries from being exposed to extreme heat, it’s also crucial not to let them stay too cold, either.

To better understand how alkaline batteries work, it’s important to know what most brands contain. That way, you’re fully capable of understanding why cold temperatures affect them negatively. You’ll be better able to explain the concept to others, too.

All alkaline batteries contain a cathode which consists of carbon and manganese dioxide. It also has an anode made of zinc metal. The center of the battery is where all the ‘juice’ is stored.

It’s essentially an electrolyte solution consisting of potassium hydroxide. When a specific chemical reaction occurs, that’s when the battery powers a device. The cathode does the work to create electricity when metallic zinc oxidizes.

The extreme cold keeps this process from occurring efficiently. It slows it down, meaning that despite storing batteries in a fridge or freezer, they won’t be ready to use right away because they haven’t reached the optimal temperature for electrical production.

What About Temperatures Over 100 Degrees Fahrenheit?

Some people believe that storing disposable carbon batteries in the fridge or freezer when temperatures hit over 100 degrees Fahrenheit helps protect their charge. If you opt to buy alkaline batteries instead of carbon, however, you’ll already have more power to work with. Superior in design, and with a far longer shelf life than cheaper disposable battery brands, you can store Voniko batteries for up to a decade without them going flat.

With a shelf-life of up to ten years, there is no need to refrigerate Voniko alkaline C batteries. They have six to nine times the power of carbon batteries, so you eliminate the need for refrigeration immediately by buying our brand as opposed to another. As long as you keep them in a cool, dry place free from water or condensation, you shouldn’t have any problem keeping bulk batteries on hand to power all of your electronics, kid’s toys, and power tools.

When you have bulk batteries on hand, you’re able to refresh all of your electronic devices’ power on an as-needed basis. Rather than pick and choose which devices you’ll do without because there aren’t enough cells available, you can replenish batteries in everything you own. It doesn’t cost you as much as it would to buy single packs of batteries, too. The per battery cost for bulk alkaline AA batteries is far less expensive than buying them in individual packs more frequently.

What Better Quality Batteries Provide for You

When you opt to buy the highest quality batteries money can purchase, you’re doing yourself a favor. One, you’re saving money by not throwing away cheap batteries every few uses. Next, you’re creating far less household waste and not putting lead, mercury, or cadmium into landfills where it changes the ecosystem, poisons wildlife, and puts our planet in further peril. Last, but not least, you’re keeping all of your tools, toys, and systems up and running so that you can experience a safer and more comfortable way of life.

C cell batteries power a wide variety of items that make everyday living easier. When you choose to invest in alkaline batteries made by Voniko rather than buying another company’s disposable carbon batteries, you’re ensuring that your smoke detectors, flashlights, garage door openers, thermostats, and clocks work the way that they’re supposed to. You spend less time changing out batteries and more time enjoying your favorite day-to-day activities.

As you can see, buying better batteries, to begin with, removes the need to extend their lifespan because they already offer more power than standard carbon batteries. They’re better for the planet and more reliable in extreme temperatures, too. You can use them indoors or outdoors without fear that they won’t work like they’re supposed to.

Invest in the best batteries money can buy so you’re not stuck trying things like chilling them to preserve their lifespan. You’ll already get more use out of Voniko alkaline AA bulk batteries than carbon batteries anyway. They’ll keep your home and workplace powered up at all times. You’ll never be without the vital tool that you need because your battery ‘juice’ is non-existent. You’ll also not be forced to touch an ice-cold battery straight from the freezer because you thought it would keep it working longer.

If you’re still not convinced that you don’t need to refrigerate or freeze your batteries, note that doing so requires giving them time to get back to room temperature to work optimally. You may put them into a device and realize it doesn’t turn on immediately. The batteries may also be somewhat wet due to condensation, which is not ideal for creating electrical power. 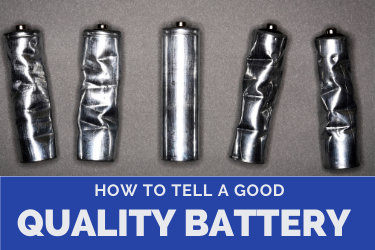 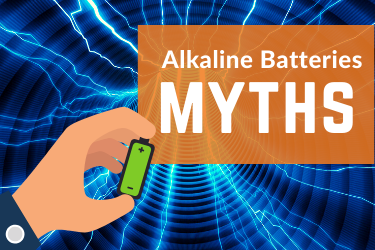 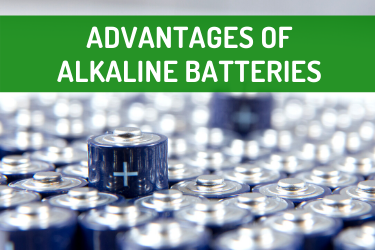